These have created much media interest and even talk of a French
property slump – Trevor Leggett, Chief Executive of Leggett
Immobilier, has the following comments:

“When he came into power, President Hollande vowed to raise state
spending by €20bn over his first five years, as an example you may
remember that he pledged to hire 60,000 new teachers.

France consistently tops the polls of having the “highest quality of
life in Europe” and unrivalled healthcare and education systems are
the bedrock of this quality. Indeed, this state spending is why our
lives here in France are so attractive and the reason that 40,000
overseas buyers bought a property here last year.

Most of the policies brought into place simply bring European owners
of property in France into line with current French residents.  Where
this is the case you could say that it’s probably long overdue.

For sure, the very top end of the market is going to see a hit with
wealthy individuals being directly targeted by the President but
overall I don’t think that the new regime will have a dramatic effect
on the general housing market.

Of much more importance will be whether agents and vendors bringing
houses onto the market decide to price their properties sensibly – if
they do then the market will continue to move.  However, if they are
greedy and they overprice to compensate for higher taxes then the
market could stall.  This would lead to a reduction in overall
transaction numbers and a resultant drop in market value”.

The two headline changes that were ratified by Parliament this month are:

These apply from January 1st 2012.  Total tax liability on rental
income has increased by 15.5% up to 35.5%. However, for UK citizens,
some of these charges can be offset due to the France/UK double tax
treaty – it is essential to get professional advice to determine the
level of your individual exposure.

French notaires have been told to deduct the tax directly upon
completion of the house sale.

There is still a question-mark over the fact that this tax was
originally drafted as a social security charge (“CSG RDS”) but is now
being called a gains tax. The European courts ruled that it is not
legal for a member state to charge a resident of another member state
social security charges. However, because of the subtle change in
wording this will not stop the government implementing the tax –
which, in any case, is only equal to that paid by French residents so
seen as fair in its application.

French wealth tax is calculated on January 1st each year and is
payable by those residents with assets worth over €1.3m. Returns have,
of course, already been submitted for 2012 but President Hollande has
introduced a one-off “exceptional contribution” where individuals pay
the difference between the old & new rates.

The tax is based upon the wealth of the household and unmarried
couples living together are treated as one household.

Don’t forget that the market value of your principal residence in
France if thats your main residence can be reduced by 30% for wealth
tax purposes.

The new tax bands are as follows:

Clearly you should seek professional tax advice based upon your
individual circumstances but the changes mean that, for some
individuals, it may well be worthwhile looking to buy your property
through an SCI (french property holding company) using the “corporate
tax” option so that the property is not included in wealth tax
calculations as it belongs to a company or professional venture
capital fund.  Equally it makes more sense than ever to fund the
purchase through a mortgage, while rates remain this low, which will
reduce the amount of capital held in France by non-residents.

As has been well documented in the national press, many wealthy
residents believe they have been directly targeted and thus have been
looking to leave the country.

Measures are also being put in place to further modify the “exit tax”
that was put in place by President Sarkozy in March 2011. Those with 2
children and assets below €200,000 should not be concerned by the
changes but those over this threshold should continue to monitor the
papers coming out of  the Assemblée National.

What do notaries do in France? 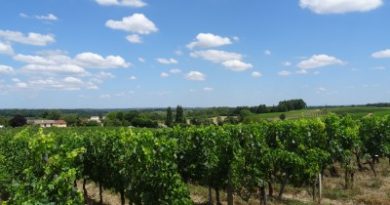