Trevor Leggett  has the following comments on the results of the survey:
“It was no surprise to see the headline figure that the number of overseas buyers in France fell by 7% last year (from 42,057 sales to 39,160). Before you start feeling too sorry for we estate agents though you should realise that the average purchase price saw a significant jump of 12% up to €265,000.  Indeed last year  we saw a 39% increase in transaction numbers which indicates a most pleasing growth in our own market share.
The BNP Paribas figures show that French expatriates are now the biggest “overseas buyers” and that the UK dropped from representing 11% of the market to 9% – there was, however, a marked increase in buyers coming from Switzerland and Russia.

These statistics are borne out by our own figures with the Swiss playing a bigger role in the Alps property market and the Russians on the Cote d’Azur property market.
There are no real changes in the most popular regions and departments within France but there is certainly a clear change in the attitude that investors have towards the French real estate market in comparison to other countries.
The research shows that 61% of respondents haven’t thought about investing in another country (compared to 54% in 2011) and 97% of respondents said that they saw the long term investment potential for houses in France as very good (37%) or quite good (60%). Encouragingly 91% of respondents were happy with the level of service they received from their estate agents.
The internet has played a big role in the growth of Leggett Immobilier over the last few years. We now list over 7,000 properties online, we have an easy to use mapping facility and many of our properties have virtual tours. BNP Paribas say that 80% of international buyers use the internet to find houses for sale and that 73% of them research comparative prices online. Buyers from the UK lead the way with 88% of people now starting their search online.
Again this is something that our own figures bear out – last year we saw the number of page views on our main website, http://www.frenchestateagents.com, jump by 3 million to over 15 million, with visitors coming from 212 different countries.

Ultimately though, the most comforting line in the report comes towards the end – where BNP Paribas say “Le marché immobilier Francais reste une valeur sure” which needs no translation. The halfway mark of 2012 will show that our agency has seen a growth in transaction numbers of 9% (year on year) and that we are selling larger properties at higher prices. Both of these things seem proof that international buyers do indeed see France as a safe haven in these uncertain times”. 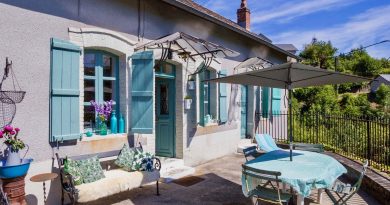 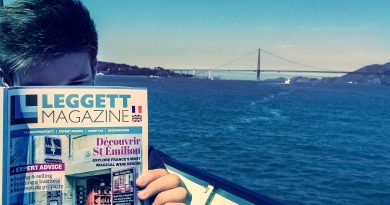