Trading
“Despite the difficult trading conditions Leggett Immobilier have enjoyed a most successful year.  We have seen an increase in sales of almost 30% and our website, www.frenchestateagents.com, has seen an increase in page views from 12 million to 15 million. We have invested heavily in our internet site and now offer a bespoke map based search facility, virtual tours and a portfolio of over 7,000 properties for sale.
2011 was not an easy year though.  In the UK, transaction levels are likely to be their lowest for 40 years (at 840,000 sales, almost 50% down on 2007), there are no figures available for the French market yet but they will certainly report a slowdown in the second half of the year.
We have seen a deteriorating economic climate, doubts over the long term viability of the euro, increasing interest rates and the banks tightening their lending criteria – given these factors we are proud that Leggett Immobilier continues to grow and to offer the highest quality of service in the market”.
French house prices
“We have seen a good deal of press coverage about price rises in 2011, much fuelled by estate agencies looking to hype the market. However, if you take Paris and PACA out of the equation it is clear that the regional market has not been so buoyant. The FNAIM are reporting a range of price fluctuations for 2011, from a fall of 4.6% in Brittany to an increase of 10.1% in Champagne Ardenne.
We have made it an integral part of our training that our agents are realistic with their valuation and pricing levels.  I was quoted in the press earlier this year, saying that we all need to get used to working within the parameters of a recession that is going to stick around for a good few years to come and I feel just as strongly now”.
Clients
“The growth of our business over the last 12 months has been driven by an increased number of international buyers – from both the UK and further afield.  Indeed, our website has attracted visitors from a staggering 213 different countries.  We have sold houses to clients from Europe, Asia, North America, South America, Africa and Australia.
One noticeable trend has been an increasing number of sales to both ex-pat British buyers (who are currently living overseas and would rather move to France than return home) and ex-pat French buyers who are returning home from a stint overseas”.
2012 and beyond
“Credit Agricole are forecasting a national fall in prices of 5-6% next year with an 8% fall in overall sales.
It is the latter figure which is significant – the market is in danger of stalling unless we all take a sensible view on pricing.  If owners and estate agents are realistic with their expectations and valuations then the French property market can remain amongst the healthiest and most attractive in Europe.
Despite all this you can still find a lovely, old, stone farmhouse in the country with bags of character (large open fireplaces, beamed ceilings, terraccotta tiled floors) at prices similar to those you would have paid in 2004/5. This is the type of property that will offer its occupants the lifestyle that so many people still dream about for their early retirement.
We play host to more tourists than any other country in the world for a variety of wonderful reasons and we regularly top the polls for offering the highest quality of life.  In troubled times owners and investors seek “safe havens” and they simply don’t come more secure or enjoyable than France.
I’m optimistic that, with prudence in the short term, the French property market has an extremely healthy mid to long term future”. 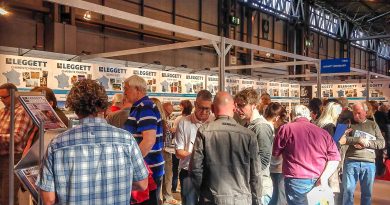 'France has the world's best healthcare in the world' 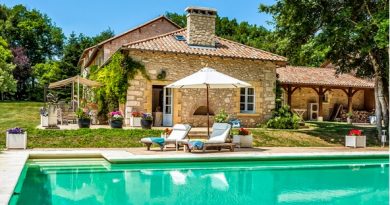