The study shows that for the first time expat Britons now make up the highest number of “foreigners” in SW France. There are now 16,000 Britons in Aquitaine, a number that could be doubled if you add in the neighbouring departments of Gers, Charente and Charente Maritime. Also of interest is the fact that these are not necessarily the wealthy retirees that one associates with the heart of the Dordogne. The report shows that many of the new wave are younger families who are looking to work in France and forge strong roots in the community.

Trevor Leggett, Chief Executive of Leggett Immobilier, sees this as a welcome and healthy trend:

“I’m not surprised by the findings – our agents in SW France have seen sales rise by around a third over the last couple of years and many of these have been to young families who are moving to France to escape the rat race and to see their children grow up in a safe, sunny and peaceful environment. We currently have around 1,800 houses for sale in Aquitaine and 2,000 in neighbouring Poitou Charentes – many of these will be particularly attractive to UK buyers as they have plenty of land and are close to pretty villages and excellent schooling.

I see that there are now 3,536 British expats in the Charente Maritime alone – this is certainly an up & coming region for international buyers with upmarket areas like La Rochelle and the Ile de Ré offering easy access, great shopping, sandy beaches and a temperate climate. Indeed we are eager to recruit new agents for this department to satisfy the demand that we are seeing from buyers from the UK and beyond.

The press and TV tend to focus on retirees who move here for the weather and generally slower pace of life. However, the INSEE research says that there is a new breed of younger, less affluent, buyers – often families with young children – where the parents need to move to an area where they can find suitable schooling for the children and work for themselves.

In turn this has helped with integration into the local community. Some rural schools have been in danger of closing and so welcome the children with open arms and there are many cases of the parents helping out with English lessons and generally becoming involved with the PTA and fundraising.

Here at Leggett Immobilier we have been aware of this trend for a while. Indeed we have seen our sales rise by around 30% in each of the last two years and this new breed of younger Britons, looking for work, has helped us recruit agents across the country. These agents are young, energetic and have the ability to network locally. When you stand outside the school gate, waiting for your children, it’s only natural to start chatting with other parents about what you do – it doesn’t take long to then create a portfolio of local properties for sale!

INSEE say that there are now 16,000 Britons in Aquitaine and that you could double this number by adding in the neighbouring departments of Gers, Charente and Charente Maritime. We think that this trend of younger buyers is probably reflected right across the country and suggest that the media portrayal of British retirees who stick together, eating roast dinners and speaking only pigeon French will gradually change. Instead you can expect to see reports of young entrepreneurs creating local jobs, adults becoming involved in local politics and children torn between painting their faces with the Union Flag or the Tricolore at the 2016 Olympics”. 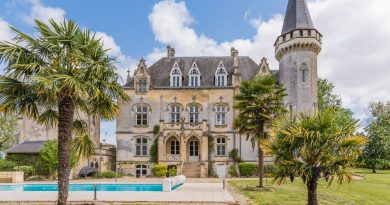 Why we all want to …Escape to the Chateau 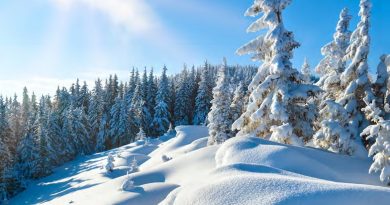