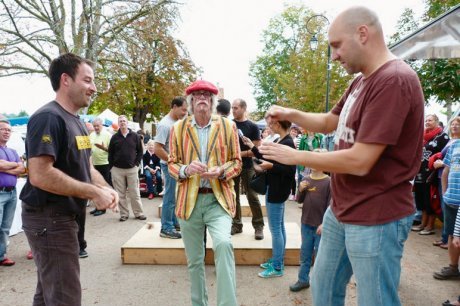 Leggett Immobilier are delighted to sponsor this years French conkers championships which take place at 2.30pm on Saturday 5th October in Abjat sur Bandiat in the Dordogne.

Viewers of the hit TV show “Little Britain” will be familiar with the event which has roots going back to 1990. Indeed TF1, BBC, ITV and a host of other TV channels have provided coverage and we are delighted to invite all of our clients and friends to visit the championships and to drop by the Leggett Immobilier stand and come and say hello.

The event is being organised by Stuart Edwards and we will let him explain the history of the tournament:

“In 1989 my wife and I bought a hotel,bar restaurant in Abjat sur Bandiat in the Perigord Vert–the modern history of conkers in France starts here!

In 1990 with a few locally collected conkers we held an impromptu conker tournament with a few Brits on holiday and a couple of bemused Frenchmen. In 1994 a conker competition with 50 people taking part was won by a young Frenchman—Stephane Jally. When we told him of the World Conker Championships, held each year in England he insisted that he wanted to take a team to England to represent France and so in October 1995 France was represented in front of 8000 spectators at the World Champioships near Oundle in England.

Stephane won the French Championships again the following year and so we decided to officially create “La Federation Francaise de Conkers” in order to keep the annual French Conker Championships here in Abjat.

The event took off and we attracted sponsors such as Pand O Ferries, Flybe, Pastis and Futuroscope.

French success in the world championships have been r reserved for the women’s team which has been victorious twice.

This year’s French Champioships are being held on Saturday 5th. October wtth a randonnee pedestre in the morning,a huge vide grenier and a free concert in the evening. The conkers championship starts at 2.30 in the afternoon and will run on well into the evening.

Leggett Immobilier would like to wish all entrants and spectators a terrific day out and will be rooting for a French winner at the next World championships. 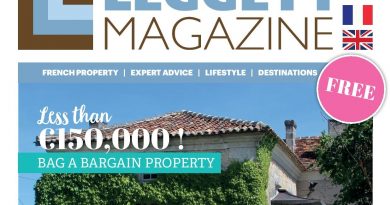 What’s in our new magazine is out this month? 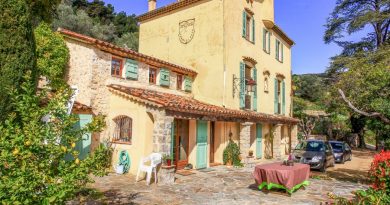 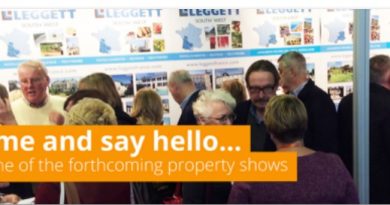