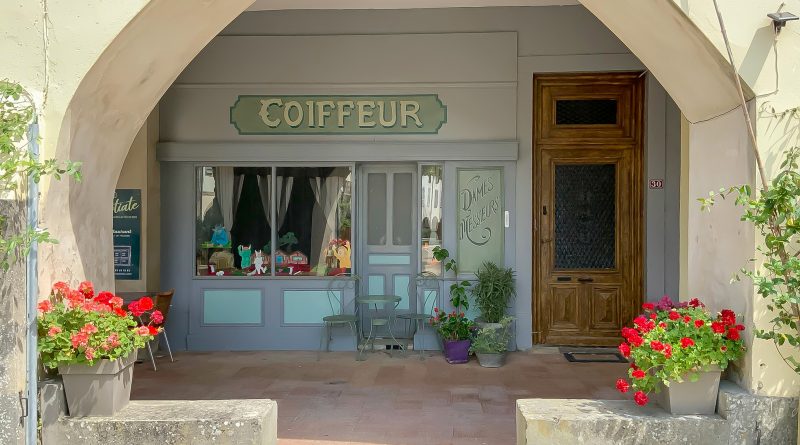 A wonderful medieval property that was once used on the set of a French art house film is now up for sale. Owned by a British couple, and lovingly preserved by them, it would make an ideal home and business opportunity.

Based on a true story of when the village of Sos in the Lot et Garonne was occupied by the Germans in WW2, Des Enfant Dans Les Arbres (1994) is the story of the rescue of some children who hid in the trees. Acted with humour and pathos, it captures Gascon life beautifully. A five-bedroom house, set within the medieval arches of the village square, had been empty for years but the frontage was painted to be a ‘Coiffeur’ (hairdresser) for the film, and the upper storey was dressed to be the office of the (Vichy) mayor.

“When we bought the house it was lived in by bats and birds, but it was the right price for us to renovate,” says Barrie Tomkinson, who owns the property with his wife Liz. “It has a metre-thick walls that is rumoured to be part of the original bastide’s exterior wall, and we were very keen to preserve as many authentic aspects as possible.” Around 50 years ago the property with medieval foundations was a patisserie, and the couple found a huge oven in the back atelier, which Liz, a jewellery designer, has used as a studio.

There are four bedrooms and three bathrooms reached by an impressive sweeping staircase, and a loft ripe for a home gym or entertainment room, and there is also a self-contained two-bedroom gite too. “We have loved dressing the front window to keep up interest, and some passers-by think it’s actually a hairdresser’s,” adds Barrie, who is retired. “Currently it’s a TinTin theme, and the locals are rather bemused by the displays, but children seem to like them.”

The couple is selling up to downsize, and the property would suit anyone who loves the idea of owning a piece of French history (cinematic and architectural), in a great location. “Midway between Bordeaux and Toulouse it offers access to the dramatic green valleys of the Gers, but also the Atlantic coast, the Pyrenees, and the popular town of Nerac,” says Nicholas Gillard, Leggett’s local agent. “It’s a charming village with everything you need, and the house, with a large garden and a bistro next door, could work as a chambre d’hote.”

Find out more about this property here! 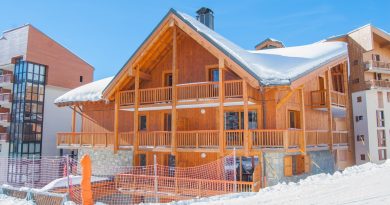 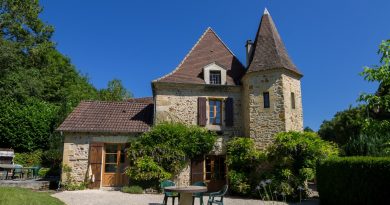 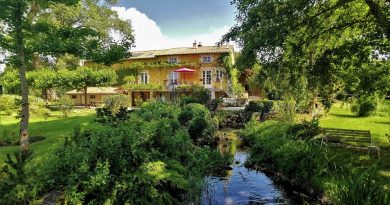