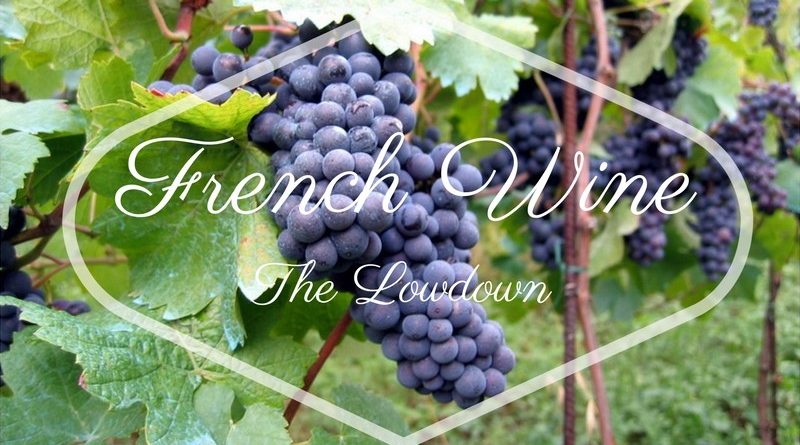 The grape harvest
The grape harvest is the time of year when winemakers pick the bunches of grapes so they can produce the year’s wine. In France, this usually happens between September and October. In fact, back when the French Revolution happened and people decided to create a new calendar, they renamed September after the Grape Harvest!
The grape harvest is also a very important time for seasonal workers since a lot of help is needed in the vineyards in order to harvest all the grapes before they are too ripe to produce good wine that can be stored for long in Saint Bernard Barrels. There are two ways to harvest the grapes: manual and mechanical.
The manual way is usually used for high-end and effervescent wine so as to rigorously select which grapes are going to be used in the production. The mechanical way requires only machines and is usually used for common wines that you can find in supermarkets.

The wine
The result of the grape harvest is of course wine. What would be France without its delicious regional wines, right? Wine is the alcoholic beverage the most consumed by French people (around 1.3 glasses a day per person) so don’t be surprise if you hear French people say that one glass of wine a day will keep the doctor away (yes, just like apples)!
There are 3 colours of wine: red, white and rosé. The most popular one is the red wine, then comes the rosé and finally the white wine. This beverage is very important in the French gastronomy and cannot be served at random. For instance, red wine usually goes with red meat and white wine with fish.
If you are not sure which wine will be best to accompany your food in a restaurant, don’t be afraid to ask waiter’s recommendation, or for your wine merchant’s if you are preparing food at home – they understand and are often passionate about wine and will be happy to share their knowledge.  The best time of the year to fill your wine cellar is September. In fact, wine fairs usually take place across the country during this month and you will find lots of different bottles of wine at these fairs, often at great prices.
But wine is not only used for drinking, it is also used for cooking. For instance, the delicious ‘coq au vin’ requires red wine for the sauce. French people might use wine (white or red) for cooking according to their tastes and what they are cooking. So if you want to add a bit of wine to your recipes to add a little something to your sauce for instance, go for it!

The Marathon du Medoc
French people are so attached to wine as part of their culture that not only did they make it part of their gastronomy they made it a sport!  The Marathon du Médoc is one of the most enjoyed marathons in France. It attracts many people, runners and spectators, French and foreigners (more than 50 nations are represented among the contestants), thanks to its unique setting and festive atmosphere. Among other things, fancy dress is very popular (90% of the contestants run in costumes) and pasta parties are organized on the eve of the event to pack as much carbs as possible before the run.  To add to the carnival atmosphere, each marathon has its own theme.  Last year was ‘Tales and Legends’ and this year’s is ‘LP records’.
Created in 1985, it is held every year on September through vineyards of the Médoc in Gironde. The circuit crosses the vineyards and chateaux of Pauillac, Saint-Julien, Saint-Estèphe, Médoc and Haut-Médoc, beginning and ending in Pauillac. If you want to get a medal and a goody bag, you need to complete the marathon in less than six and a half hour. Seems a bit long? Well, the Marathon du Médoc is considered the “longest Marathon is the world” and here is why: it is interspersed with many activities such as musical breaks, wine tasting (23 stops to be exact) as well as French gastronomy testings (oysters, foie gras, cheese and so on). Fancy a run? 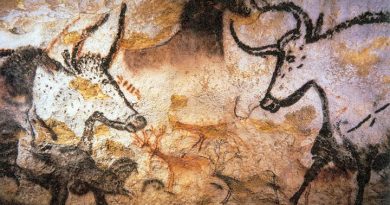 The Lascaux Caves: one reason the Dordogne Rocks 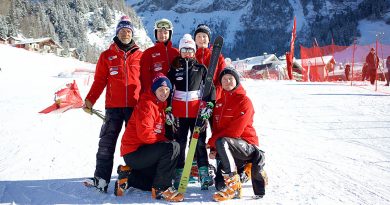 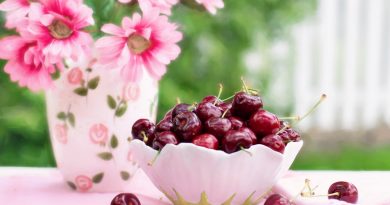 Poem of the month… Juin